Jane and Ernest "Bill", born in Wabash, Indiana were active members of their communities. After Jane graduated from Wabash High School in 1946, she worked for Mark Honeywell for many years. She was also a lifetime member of St. Matthew's United Church of Christ where she served as a Sunday School teacher, superintendent, and organist for many years. Her brother Bill graduated from Purdue Universtiy in 1954 and served in the U.S. Army as First Lieutenant, Chemical Corps for two years. Then, he entered Indiana University's School of Dentritry and graduated in 1961. He moved to Hawaii shortly after to be a dental resident at The Queen's Medical Center. He loved living in Hawaii, golfing and playing tennis, and he was a long-time member of the Elks Club. 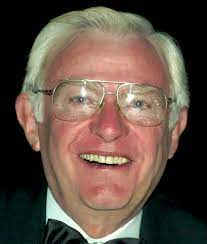