The Eleanor Steele Doll Endowment provides funds to purchase dolls and other toys for needy children of the North Manchester area.

The Doll that Continues to Bring Joy to Children - December 10, 2020 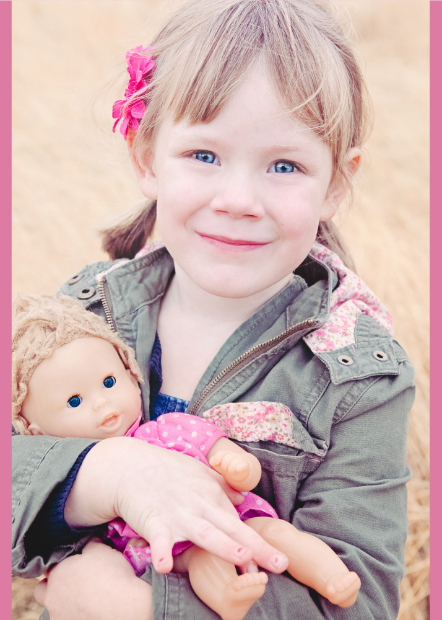 As a young girl, Eleanor Steele Blocher would walk with her friend to school along the streets of North Manchester. On their way to and from, they would stop at one of the local restaurants to get warm. Inside the restaurant was a display case, and inside the display, was a beautiful doll. Eleanor admired the doll and wished it could be hers. One day on her way home from school, she noticed the doll was gone. The restaurant owner, who knew of Eleanor’s love for the doll approached her and asked if she were looking for the doll. Eleanor said yes. The restaurant owner told her the doll was part of a raffle and that the older man sitting at the end of the counter was the winner. What Eleanor didn’t know was that the older man had purchased the doll for her. When she found out, she thanked the man, accepted the doll, and ran, beaming, all the way home.

Twenty eight years ago, when Eleanor was older, she decided to give the gift that had been so meaningful to her as a child by creating an endowment at the Community Foundation to purchase dolls and other toys for children in need in North Manchester. This endowment, called the Eleanor Steele Doll Endowment, is just one of many funds she and her husband Glen would create to provide everlasting support to North Manchester organizations including the North Manchester Public Library, Peabody Retirement Home, and the Thomas Marshall Town Life Center.

The beauty of an endowment is that the initial contribution, called the principal, is invested and earns an income. The income is used to both make grants and grow the value of the endowment. As the value of the endowment grows, so do the grants from the endowment. Today, through prudent investment, the value of the Eleanor Steele Doll Endowment has grown to exceed Eleanor's original contribution by nearly 25%. Additionally, the endowment has produced grants, which have surpassed the value of the original gift, to the volunteer organizations that have run the program. We would like to recognize and extend our appreciation and thanks to the Peabody Retirement community residents who for more than 25 years, lovingly purchased, wrapped, and distributed gifts to bring joy to North Manchester children in need. We would also like to thank the North Manchester Kiwanis Club for their current administration of the program.

The creation of an endowment at the Community Foundation can benefit your cherished organizations and nonprofits in perpetuity. The principal is never spent and is invested to produce an annual income. A portion of that income is used to make grants for a purpose named by the endowment founder. Over time, the endowment will produce more than the original gift. In a typical year, 4% of the value of the endowment is granted to a beneficiary organization. While a 4% payout may not seem like much, the stability in distributions that endowments provide are a great resource to many organizations. In 2020, Wabash County nonprofits supported by Foundation endowments were grateful for the foresight of the endowment founders and donors who wished to provide sound funding through disruptive events and economic downturns. During these times, the Foundation’s leadership takes great care to reduce the typical payout percentage in order to preserve the principal while still providing much needed funding to the beneficiary organizations.

While nobody expected 2020 to be a year dominated by a global pandemic and economic recession, this year has shown the power of endowments. If there is an organization or charity you wish to support in perpetuity, please contact the Community Foundation for more information by calling (260) 982-4824 or by emailing melissa@cfwabash.org.